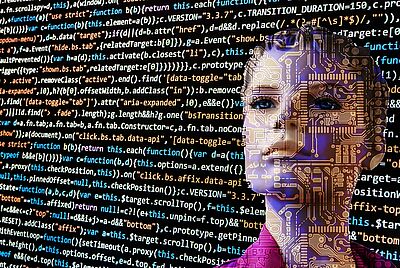 Deepfakes are (audio-)visual recordings manipulated with the help of artificial intelligence that make it possible to depict a person in any situation and environment imaginable and to use existing recordings of a person's voice to make them say any sentence. The rapid advance of this technology makes it possible for almost all Internet users to create realistic but fictional video content. As a result, it is increasingly difficult for audiences to distinguish whether an audio or video recording is real or created by a machine. This development poses a challenge for public discourse, journalism, political and economic actors, as audiovisual content traditionally enjoys particularly high credibility.

The SAB-funded collaborative project follows up on a comprehensive literature review and, in a first step, addresses the audience and its level of knowledge about deepfakes as well as its susceptibility to deception for manipulated (audio-)visual recordings. In a second step, the project aims to investigate possibilities and challenges for journalists in dealing with deepfakes. Finally, the focus on the audience and journalists will be extended by the perspective of other actors from science, economy and society. The aim is to enter into national and international cooperation and to establish an interdisciplinary network for deepfake research at the University of Leipzig. In this context, the project work includes the realization of an interdisciplinary symposium and subject-specific workshops, the publication of an anthology and the conception of information material for affected stakeholders from the media, education, politics and business as well as public relations work on the joint project.